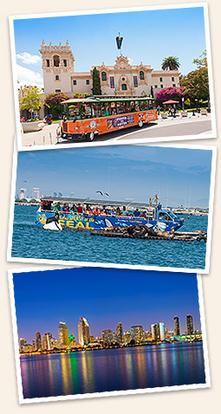 Check Out Our Resources Page
New items have been added. (We always caution that "free" things or information are not always free.)

Dear SDEA-R Members,
Hugh Boyle passed away Monday, February 3rd, 2020. Hugh touched so many lives over his lifetime. He was an amazing man, father, husband, and educator. He was President of  SDTA two times. Hugh was an advocate for teachers and fought for many of the union rights we have today, a true mentor.
Our thoughts and prayers go out to his wife, Gail, and his family at this difficult time. He will be truly missed. Rest in peace Hugh.
Sincerely,
Debbie Redenbaugh, SDEA-R President

June Is Busting Out All Over!

Greetings from your SDEA/CTA/NEA-Retired Executive Committee.

Despite June gloom, there is much to brighten this month.  June 4th is recognized for the beginning of the Battle of Midway, 1942.  (Did you know that?)  June 14th is Flag Day.  June 20th is Father’s Day.  Of course, the entire month of June is known for weddings and  anniversaries.

FLAG DAY:
*“When we honor our flag, we honor what we stand for as a Nation -- freedom, equality, justice, and hope. - Ronald Reagan.

*”To survive in peace and harmony, united and strong, we must have one people, one nation, one flag.” - Pauline Hanson.

*“The older I get, the smarter my father seems to get.” —Tim Russert

*“My father didn’t do anything unusual. He only did what dads are supposed to do—be there.” —Max Lucado

Happy Anniversary to all who are celebrating and remembering in the month of June.

We hope to see you at the July 19th bring your own lunch and chair, social picnic at Mission Bay, Tecolote Shores.  We had 21 members at the May picnic and despite a bit of “misty” weather, everyone was glad to see each other.  A reminder will be coming nearer to the event.  Check out the SDEA-R website for information and photos.  Sdea-r.org.
Debra Redenbaugh, President

Dear Colleagues,
In 2007, I lost my home in the San Diego fires.  United Policy Holders is a non-profit organization that goes in to disaster areas to assist the survivors.  I have personally worked with this organization as they helped in the 2007 SD fires, the Lilac Fire and the other Alpine fire.  I am sharing the email below that has suggestions for fire preparedness.  Please read it as I would not want anyone else to go through such a disaster.
Norma Heeter, SDEA-R Secretary, President Emeritus, Past President. 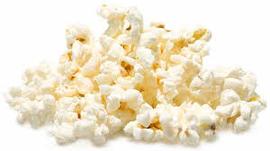 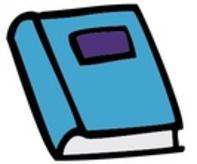 WE STAND ON THE SHOULDERS OF GIANTS 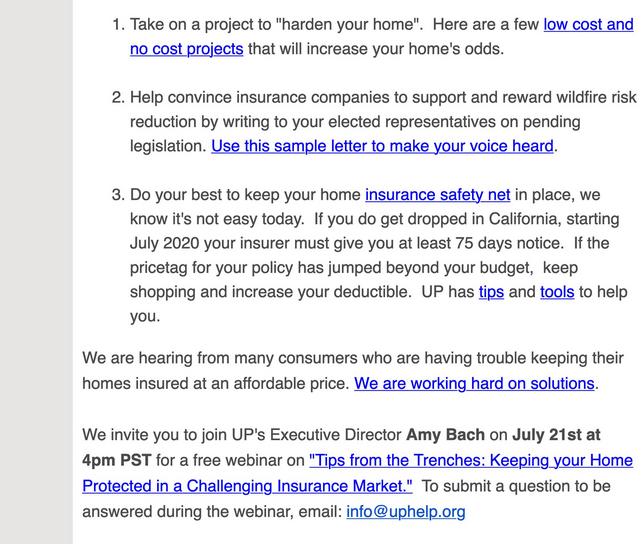 Douglas Shamburger received an Ethnic Minority Scholarship for the conference.  Congratulations to Douglas.

Keynote Speaker was the new CTA president E. Toby Boyd.  He was well received and is representing CTA members well. He spoke during breakfast. Guest Speaker Mary Kusler, NEA Senior Director for the Center for Advocacy addressed the attendees giving an update on Washington and centering her speech on the importance of the upcoming census.

Among the 16 workshops offered were ones on CalSTRS Investing in our Pensions, Campaign 2020 (Schools and Communities First ballot), Personal Emergency Preparedness, Demystify Medicare, Educator Pension Reward Decades of Classroom Service with STRS CEO Jack Ehnes and many more.

SDEA-Retired REUNITED IN MAY
On May 17, 2021, a cool, May Gray day in San Diego, 21   members of SDEA/CTA/NEA-R and one grandson gathered at Mission Bay Tecolote Shores for the first event since the COVID 19 pandemic began.  Three of the participants were newly retired.  President Deb Redenbach welcomed them to the group.  An informal bring-your-own lunch and chair social was held to get folks back together on an in-person basis.  Despite the misty climate, folks were very glad to see each other.  Attendees introduced themselves and shared some information including where they taught/nursed and when they retired. Terry Pesta shared information on the San Diego Memorial Society.  Details will be shared via a president’s email in the future and will be included on the sdea-r.org website.

A second picnic is planned for July 19 at the same location.  Hopefully the weather will cooperate and more members will venture out and participate.

Greetings! It has been a few years since we shared this nice benefit for San Diegans.  Since things are opening up more, you may be getting out and possibly having out of town guests to entertain.  This is an economic way to entertain.
Norma Heeter, SDEA-R President Emeritus

"Our Free Hometown Pass is the best way to entertain visiting friends and family!"
Locals Receive Free Admission!
Introducing the Historic Tours of America Hometown Pass Program. Residents within our six cities can take advantage of some of our tours and attractions for FREE when accompanied by an adult paid guest.*
It's Simple, Fast & Best of all... Free

WHAT DOES THE SDEA/CTA/NEA-R Membership DO FOR US?
The union is the only group that can negotiate with a district for benefits that may be received after an employee retires.  In our case, it is the supplement from the Joint Health Trust that can help pay for our health insurance premiums until the age of 67.  Other locals have negotiated for different benefits. As SDEA-R, we lobby with the district, state legislature, and Congress about issues that affect us, like the premium processing fee that SDUSD was imposing on us for handling payment for our health insurance. We, SDEA-Retired, got that removed by lobbying SDEA and SDUSD!  At the state level, working with CTA-R, we focus on pension and other issues with which retirees deal.  At the national level we work with NEA-R on Social Security Offset, educational issues and health care issues, among others. Our dues support those activities, along with many others.
Our membership in SDEA/CTA/NEA-Retired, makes us eligible to continue to participate in many economic benefits available to active members. Here is a partial list:
*CTA Group Legal Services (One half hour of advice & consultation relating to retirement   benefits,          health & welfare benefit issues and substitute employment.)
*Automobile insurance
*Homeowners insurance
*Vision Service Plan
*Long Term Care Plans
*Entertainment, travel, and purchasing discounts
*1 million dollars liability
*No-fee, low-rate VISA/Master Card

At the local level, our dues are used for paper, printing, envelopes and postage for our yearly, hard copy, informational mail outs to 450 of our 800 plus members, for whom we do not have email addresses.  Other printing costs include flyers and agendas for our meetings, luncheons and seminars.  In addition, we have luncheon costs for guests and speakers and sometimes luncheon room charges.   We also have a website that costs us yearly for the domain and the carrier.  Each year we have expenses for a new retiree welcome event, whether it be a party or happy hour.   Also, each year, we try to send the president and the treasurer to the CTA-R Annual Leadership Conference.
The SDEA-Retired Executive Committee is made up of all volunteers, who spend their own time, travel expenses and efforts on behalf of our retirees.
We hope this clarify just what membership in SDEA/CTA/NEA-R does for us.
Sincerely,
Norma J. Heeter, Proud Past President of SDEA-Retired

On February 10, SDEA-R held its first luncheon meeting of 2020 at Elijah’s restaurant with an Italian themed buffet.

The guest speaker was Thomas C. Lawler, Attorney At Law. H was very informative,. He discussed Estate planning , wills, and trusts. He informed the group about some of laws that have changed regarding trusts and suggested that folks who have trusts already should see an attorney to update and check their current trust.

During the meeting portion, President Deb announced that elections are coming up for positions on the SDEA-R Executive Committee. If anyone is interested in running for a position, please contact her. Information about the positions and duties was sent out to all members in January. A suggested By-law change is in the works, assigning membership duties to the vice-president.

The next SDEA-R event will be the breakfast social on March 14 at Elijah’s in the main dining room. 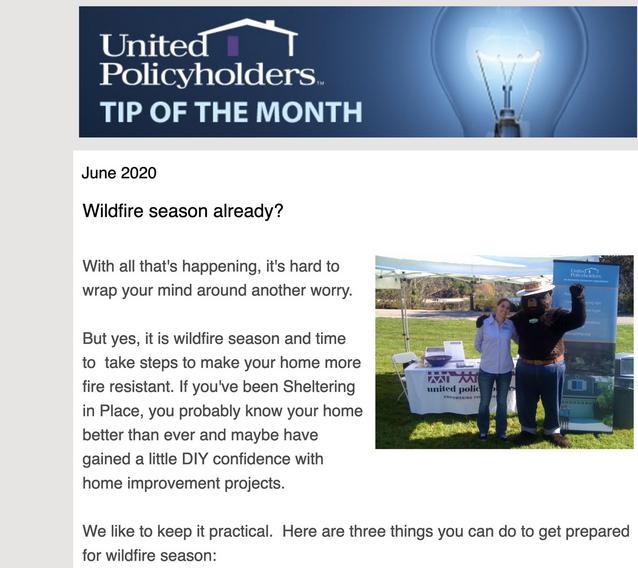 HAPPY HOLIDAYS 2019
Happy Holidays was the theme of the day as members of San Diego Education Association Retired assembled to celebrate the season.  SDEA-R President, Debbie Redenbaugh, welcomed members and guests to The Butcher Shop restaurant for lunch, entertainment, prizes and raffle options.

Members celebrated the season of giving by bringing an abundance of gift cards for Mary’s Guest House residents as well as toiletries, games crafts, and toys for Scarlet's Kids, a non-profit that supports families of hospitalized children.  Sister Judith Sheridan sent SDEA-R a thank you card with the total of money collected: $320-money (cash and checks), Gift cards- $305, total $625. In addition, members donated toiletries and clothing to Mary's Guest House.

Door prize poinsettias provided by Hamid Yazarlou and Jessica Sturken, of Horace Mann, a gift card from CA Casualty’s Suzanne Urban, a 50/50 raffle won by Don Crawford and donated to Mary’s Guest House, 11 raffled gift baskets made by Lucy Laudate from Board member donations and SDEA-R funds made the season brighter for many. 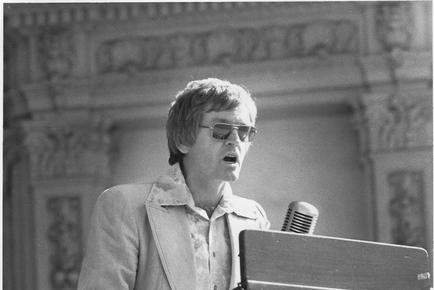 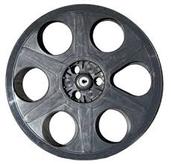