Celebrating a Lifetime of Service 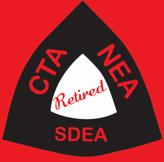 On April 17, 2019, the San Diego Education Association honored Hugh P. Boyle with first time ever Hugh P. Boyle Lifetime Service Award at its April Rep Council meeting.  Family, friends and colleagues, including past SDTA/SDEA Presidents, Lindsay Birmingham, Terry Pesta, Don Crawford, Gail Boyle, and Camille Zombro, were present to share in this special event. Thank you to Terry Pesta, the catalyst for asking SDEA to establish this award. Thank you to SDEA for establishing the award. Thank you to Kristin Boyle Brown (daughter) for perusing the archives for pictures.

Current and past SDEA members and other educators statewide owe much of their contractual benefits and rights from the amazing efforts of this man.  It is our pleasure and privilege to share with you the legacy of Hugh Boyle, who continued his professional commitment as an active member of SDEA/CTA/NEA-Retired. Our appreciation to Hugh’s wife, Gail, who so kindly provided us with this biography of the man, the educator, the leader, the innovator.

In 1974 SDTA was organizing for a strike that teacher's ultimately voted against.  Charlotte Hoover, the President of SDTA put Hugh in charge of organizing.  He, along with his committee (I was on that committee), created the cluster system of organizing, which SDEA still uses.  SDTA was so organized that, in a time of no recording devices, no email, only direct communication, we were able to print a flyer for every teacher by midnight, package it, have the cluster leaders pick it up at 6 a.m. and take to a central location, where the reps would pick them up and have them in the mail box of every teacher by 8 a.m..  An 8 hour turn around was unheard of and the school district could not get a handle on the information flow.  While the strike didn't happen, the system was in place and tested for future use.

In 1976 the collective bargaining bill was passed and signed into law by Jerry Brown. Prior to 1976 , we engaged in what was called Meet and Confer to produce an Agreement.  We called it, derisively, Meet and Defer, or Collective Begging because we had procedures in place, but if District administrators violated or ignored the Agreement, we had no way to enforce them.  We also had only advisory arbitration. The bargaining team was proportional, which meant that AFT had 1 seat, PEG had 1 seat and SDTA has the other 3.  It worked about as well as the U.S. Senate does today in terms of agreeing what to bargain.

Under collective bargaining there was an "exclusive representative".  Hugh, elected President in 1975, was responsible to see that SDTA was the exclusive rep that would bargain the master contract.  There was  a battle from 6/76 - 1/77, particularly with AFT,  to become that.  Again, Hugh was to organize the people to make it happen.  In January, SDTA became the exclusive rep with a vote in excess of 90%.  It didn't hurt that Hugh, an Easterner, could dispel the notion that AFT had any particular magic in bargaining.

In the spring of 1976, Hugh started the process for negotiating the first contract.  Teachers wanted to keep what they had in the Agreement, improve it, and turn it into a Contract between SDTA and the District.  The District wanted to start over and change everything.

By spring of 1977 we were at impasse.  The bargaining processes for all of California were assigned to the Educational Employee Relations Board (EERB). It had the power to mediate, issue temporary restraining orders and injunctions.  The procedures were clear in the law; however, there was a question if the law provided a blanket right to strike.

We organized, using the cluster system, for a strike (We now had 2 trial runs).  On June 4, 1977 the strike was on.  There wasn't any experience in California.  There weren't any manuals, or CTA personnel who could help us.  We did get help from NEA's flying team, who were sent in specifically during strikes. On day 2 of the strike Superior Court Judge Levitt issued a Temporary Restraining Order.  At our daily strike meeting of all the teachers at the Organ Pavilion in Balboa Park.  He stood on the stage and declared that "Judges do not make laws, and we were still on strike".  Teachers stayed out.

On June 8, 1977, Hugh's 44th birthday, the strike was settled. It was a big party at the Organ Pavilion.  The settlement had a "no reprisals" provision.  All was well.

Later in June or early July, Judge Levitt issued a contempt citation. And there was a trial.  Hugh was convicted and sentenced to 40 days in jail and a $5,000 fine.  (50%-70% of a teacher’s yearly salary at that time).  On appeal Judge Lazar agreed that the conviction would stand.  Then it is was on to the California Supreme Court, where Otto Kause was the deciding vote to overturn the conviction.  The judgement was that EERB had injunctive relief and the District went around the established procedures to get an injunction from their favorite Superior Court judge instead to going through EERB.  Therefore, the injunction was invalid which made the conviction invalid.

The decision was called The San Diego Decision.  It granted every teacher in California the right to strike provided the process was followed. This was a major win.

In Hugh's second term 1988-1992, he entered office after much conflict with the District and SDTA over bargaining, primarily. He advocated to educators to walk the precincts, not in their home neighborhoods, but in their school neighborhoods.  The parents and community were pressuring Payment and the Board of Ed for a settlement.  Payzant called Hugh and asked for a meeting to see if the conflict could be settled.  Don Crawford, the previous president was unstoppable in his advocacy for teachers and Payzant didn't see that Hugh was going to be any easier, and maybe harder.  They worked out a new bargaining process of Interest Bargaining, instead of traditional bargaining.  That produced a settlement and the first 3 year contract ever to achieve "labor peace" so all staff could get focused on  teaching and learning.

The other thing that it produced was collaboration on a variety of problems in need of solving.  And finally it produced Shared Decision Making, so educators and parents had more power to affect their schools, including control over money.

Throughout his career Hugh has been willing to take a personal risk for what he believed in, and he believed in educators.”  (04-19-2019)

WE HONOR HUGH BOYLE, ONE OF SDTA/SDEA GIANTS.

A Lifetime of Service in Pictures